Home I Latest Spurs News I Spurs in the World Cup 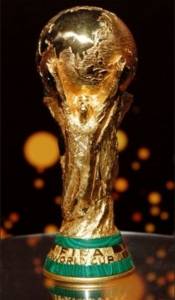 Tottenham Hotspur players have a long and successful history in the World Cup. Three club legends have won the tournament, current goalkeeper Hugo Lloris won with France in 2018, whilst Ossie Ardiles won the 1986 World Cup with Argentina.

Spurs legend and all-time top goal scorer Jimmy Greaves was part of the England squad that went on to beat West Germany 4-2 in the 1966 World Cup Final.

No less than 13 Tottenham players have been called up by their respective national teams for this year’s World Cup in Qatar.

This will be Hojbjerg’s first ever World Cup, although he was in Denmark’s preliminary squad for the 2018 tournament but was unsuccessful in making the final squad for Russia.

This will be the second World Cup for Harry Kane and Eric Dier, who both participated in the 2018 tournament where England lost in the semi final to Croatia before being beaten by Belgium in the third place playoff.

Both players will be hoping to help their team on the way to breaking England’s 56 year barren spell and finally win a second World Cup in Qatar.

This will be Richarlison’s first ever World Cup tournament where he will be looking to make his mark in an effort to help his country win the competition for the sixth time, but their first since 2002.

The 2022 Qatar World Cup will be Perisic’s third tournament, and will be looking to go one better than 2018 where Croatia made the final only to lose 4-2 to France.

Bentancur will be playing in his second World Cup having participated in the 2018 edition of the tournament, getting to the quarter finals with Uruguay where they lost to eventual champions France.

Son has represented his country at two previous World Cups and is his country’s joint top goal scorer in this tournament. He will be looking to become the outright top World Cup goal scorer for this country in this year’s competition.

This will be Romero’s first ever World Cup tournament where he will be looking to help his country win the competition for the third time.

Sarr signed from Metz in August 2021 for £14.7m. He has since gone back on loan to the French club and will be participating in his first World Cup in Qatar.

World Cups are always hotly anticipated and Spurs legend Martin Jol is certainly no different. Jol was Tottenham Manager between 2004 and 2007. He has given his thoughts ahead of the tournament, previewing Group A for the Tottenham Hotspur website.

He said: “I believe Holland are the strongest team here and will win the group. Okay, Senegal are African champions, and they have some good players like Kalidou Koulibaly, he’s at Chelsea, another centre-back called Abdou Diallo, he’s at PSG and he’s been loaned to Borussia Dortmund and RB Leipzig, he’s also good.

“Spurs have a player, Pape Matar Sarr, also Idrissa Gueye, back at Everton from PSG and Cheikhou Kouyate at Forest. Of course, losing Sadio Mane to injury is a big blow, but I believe Holland have better players.”

England will be participating in Group B, with the United States, Iran and Wales.

Former goalkeeper Paul Robinson, who made 175 appearances in all competitions for Spurs between 2005 and 2008, gave his thoughts on the group and England’s prospects.

He said: “I don’t think this group is going to be as easy for England as many people are predicting. For instance, Iran will be a very tough game.

“The USA have got Brenden Aaronson and Tyler Adams at Leeds, Christian Pulisic, Weston McKennie and a number of good players who will once again want to prove a point against England and on the world stage. The Wales game speaks for itself, really.

“For Wales, it’s all about Gareth Bale, Aaron Ramsey and their fitness and where they are coming into the tournament. The advantage for England here is that this game comes third in the group, so if the likes of Bale is struggling to play 90 minutes, that could play into England’s hands.”

Club ambassador Ossie Ardiles has also spoken to the Tottenham Hotspur website about what he predicts will happen in Group C, which will see Cristian Romero play against Saudi Arabia, Mexico and Poland.

“They will know each other well because they are from Latin America and the manager of Mexico is Gerardo Martino, an Argentine guy, so I would say that’s the most difficult opponent for Argentina in the group. Of course, with Poland, they have one of the best players in the world in Robert Lewandowski, he’s particularly dangerous.

“But, as I said, I expect Argentina to win the group and go through. Argentina are on an extraordinary run (now 35 matches unbeaten) and that includes some very difficult matches, the most important of which was the final of the Copa America against Brazil, in Brazil, in 2021.”

Preparations for the upcoming January transfer window will already be getting underway and a report from Portuguese news outlet A Bola (via SpursWeb) have suggested that Spurs will be scouting Sporting CP and Uruguay midfielder Manuel Ugarte.

The defensive midfielder began his career at Uruguayan club Centro Atletico Fenix in 2016, making his senior debut for the club in December 2016 in a 4-1 league win over Danubio.

Ugarte made 58 appearances for the club, scoring 1 goal and providing 2 assists before making the move to Portuguese club Familicao in December 2020.

He made 21 appearances for the club before signing for Sporting CP in August 2021 for a reported £5.6m. He made his debut for the club the same month as a late substitute in a 2-1 win against Braga.

Following his impressive performance against arch rivals Benfica in what was a 3-1 win, he began to become a regular starter for Ruben Amorim’s Sporting CP.

Ugarte was named in the Senior Uruguay squad for 2022 World Cup qualifying matches against Argentina and Bolivia in March 2021. He has since gone on to feature even more regularly for Sporting and has been called up to play in his first ever World Cup for his country.

Spurs star Dejan Kulusevski will unfortunately not be at the World Cup, due to his nation, Sweden, not qualifying.

However, speaking to the Evening Standard, Kulusevski predicts that the Lilywhites will be back stronger after the World Cup and have a strong second half of the season.

He said: “We have a fantastic opportunity, we just have to bring everybody together and make a plan for the second season, because we have the Champions League with AC Milan, we are in a good position in the league, but we can do much better. We will do it.

“I believe in the team. I think we will do a lot better. We have a lot of character and a lot of talent. We have a big second season right now. We will rest. Some will play at the World Cup – all the best for them. Then we will come back, ready and better.”

According to a report from The Mirror, Manchester City, Chelsea, Manchester United and Tottenham could earn over £1.5m after giving permission for their players to represent their respective nations at this year’s World Cup.

This World Cup is sure to be an exciting one with England amongst those teams that could win the tournament. Spurs fans will be excited to watch their best players representing their respective countries before donning a Tottenham shirt once again. 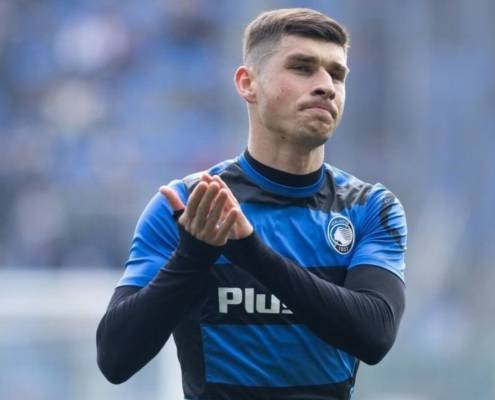 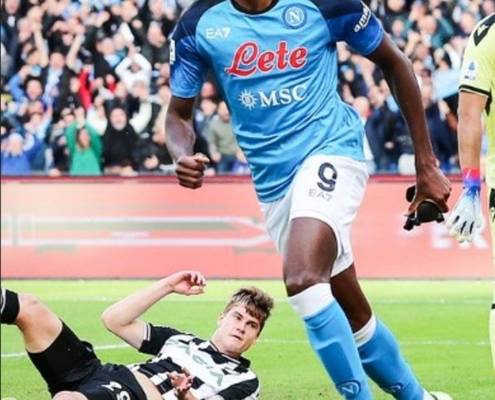 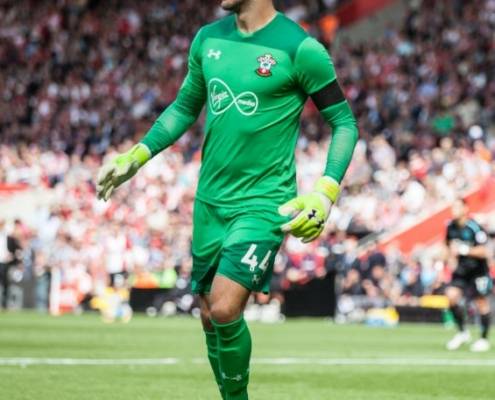 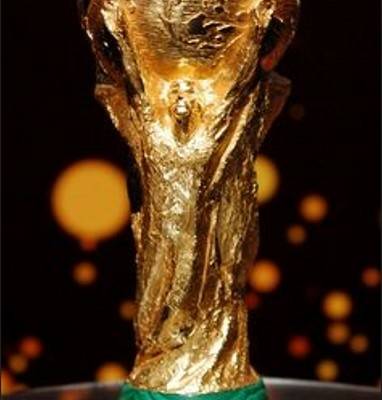 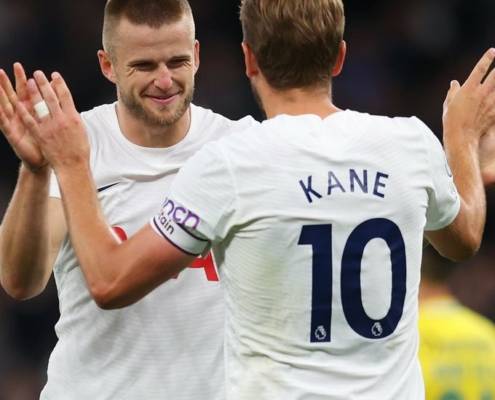 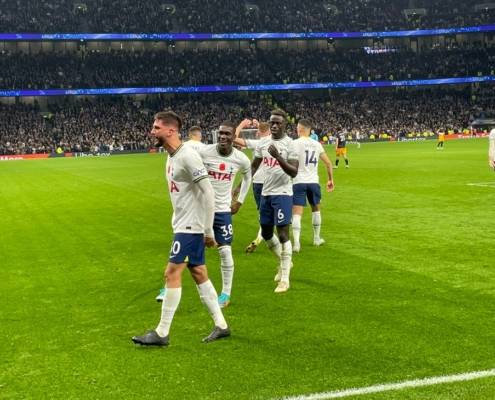