Home I Latest Spurs News I Piero Hincapié to Spurs? 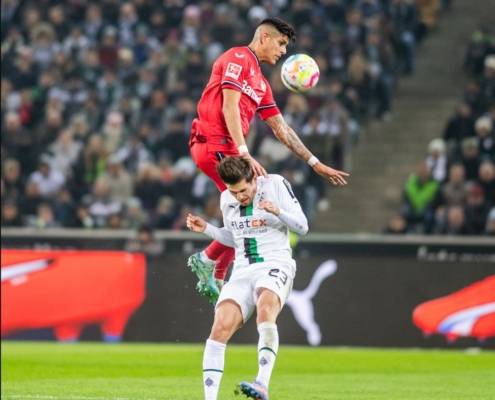 £20m is rumoured to be the fee that Spurs would have to pay should they want to make the deal happen.

He spent his youth football career with Escuela Refineria, before joining Emelec Esmeraldas in 2009. He then joined Barcelona (Ecuador) in 2010 before spending the remainder of his youth career with Norte America (2012 – 2013), Deportivo Azogues (2013 – 2016) before finally signing for another Ecuadorian club, Independiente del Valle, in 2016.

After impressing in the youth ranks, Hincapié was handed his senior debut for the club in August 2019 in a top flight match against Mushuc Runa, which ended in a 3-2 defeat.

Ahead of the 2020 season, Hincapié participated in the U20 Copa Libertadores with Independiente del Valle. He played every match along the way to being part of the team that won the tournament, beating Argentine giants River Plate 2-1 at the Estadio General Adrian Jara.

Hincapié made 19 appearances in all competitions in the 2021 season, finishing 3rd in the Argentine Primera Division with 46 points.

He was called up to the senior Ecuador national team for the first time in 2021, making his debut in a narrow 1-0 Copa America defeat against Colombia in June 2021. To date, Hincapié has 24 caps for his country and was part of the Ecuador World Cup Squad in 2022.

After a series of impressive performances, Bayer Leverkusen signed the central defender in August 2021 for a reported fee of €6.35m (£5.5m).

He was a regular starter almost immediately, making his debut for the club in a 2-1 Europa League win against Hungarian club Ferencvaros, before going on to make 33 appearances in all competitions in the 2021/22 season, scoring 2 goals. Hincapié and Leverkusen had a stellar season, qualifying for the Champions League in 3rd place on 64 points.

They were knocked out of that season’s Europa League in the Round of 16, losing 4-2 on aggregate against Italian team Atalanta.

The Ecuadorian has made 19 appearances in all competition this season (2022/23) with a goal to his name. Leverkusen currently find themselves in 9th with 21 points with 7 points separating them and European football.

Overall, he has made 52 appearances for Leverkusen, but if the speculation proves to be true, he could be ending his two year spell in Germany by joining Tottenham this January.

Hincapié has had a meteoric rise, and has proved to be an astute acquisition for Die Werkself. Should he join Spurs, this would be a shrewd signing given the experience he has and the form he has shown during his career to date.