Home I The Team I First Team Squad I 19. Ryan Sessegnon 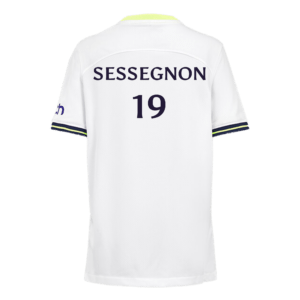 Ryan Sessegnon made his long-awaited move to Tottenham Hotspur on the last day of the 2019 summer transfer window.

The English wonderkid started his career at London neighbours Fulham aged just 9 and made his professional in August 2016 aged 16. He scored his first goal for the Cottagers not long after in a league match against Cardiff City. That season Ryan made 30 appearances for Fulham, scoring seven goals and was the youngest ever player to be named in the Championship Team of the Year. A fantastic feat for the young man.

Sessegnon featured heavily for Fulham in their 2018/19 campaign but they were relegated from the Premier League.

It was then that Sessegnon made his move across the capital to sign for Tottenham Hotspur. He signed a five-year-deal in a transfer worth around £25 million. Still at a young age, Ryan has heaps of potential as is sure to appease the Tottenham supporters for years to come.