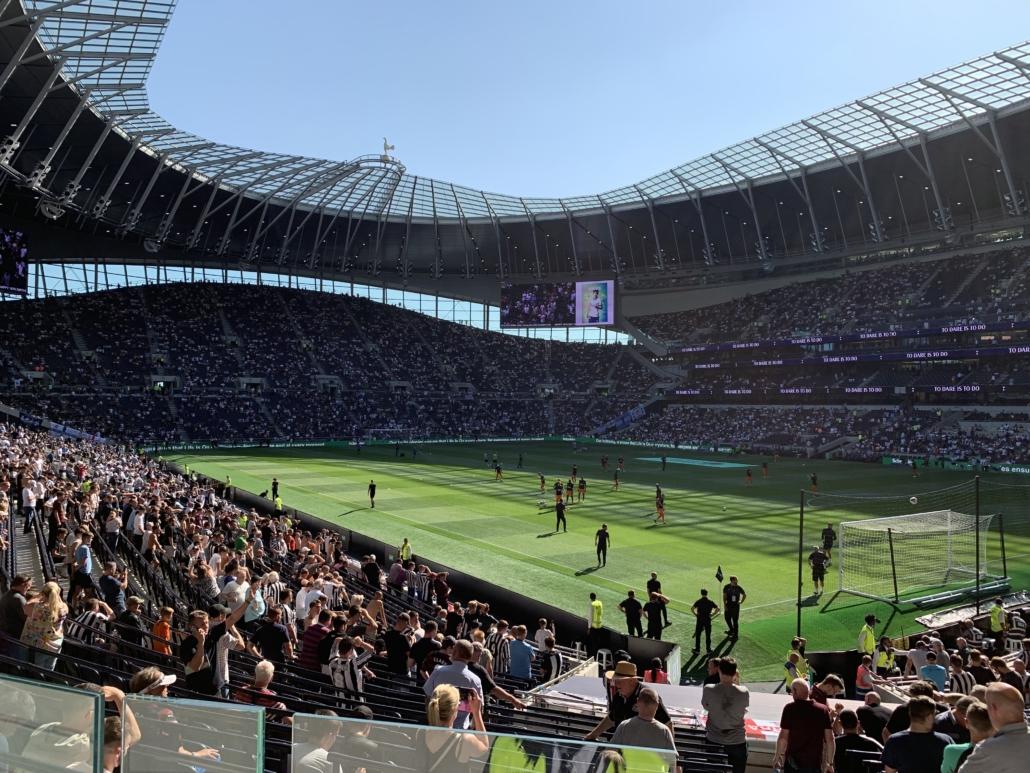 Tottenham Hotspur finally made their long-awaited move to their new stadium, spending their previous years at the iconic White Hart Lane. The move to Spurs New Stadium secures Tottenham Hotspur’s status as one of the European football elite clubs.

Spurs’ New Stadium has been named the Tottenham Hotspur Stadium for now. The previous Spurs stadium was called White Hart Lane and was built on the current site of the stadium. Tottenham is in talks to secure a naming rights deal for their stadium but is still holding out for a £25million-a-year agreement, the board’s “priority” to finalise a mega-money long-term agreement that would run for at least 10 years. It was reported that Tottenham is in talks with global technology giant Amazon and sportswear firm Nike as the top contenders for an agreement in which Spurs want to be the biggest of its kind in football.

The Tottenham Hotspur Stadium capacity currently stands at 62,850. The record attendance for a Spurs match at the new stadium was in December of the 2019/20 season against Chelsea. 61,104 spectators watched the epic clash in this North West London derby. 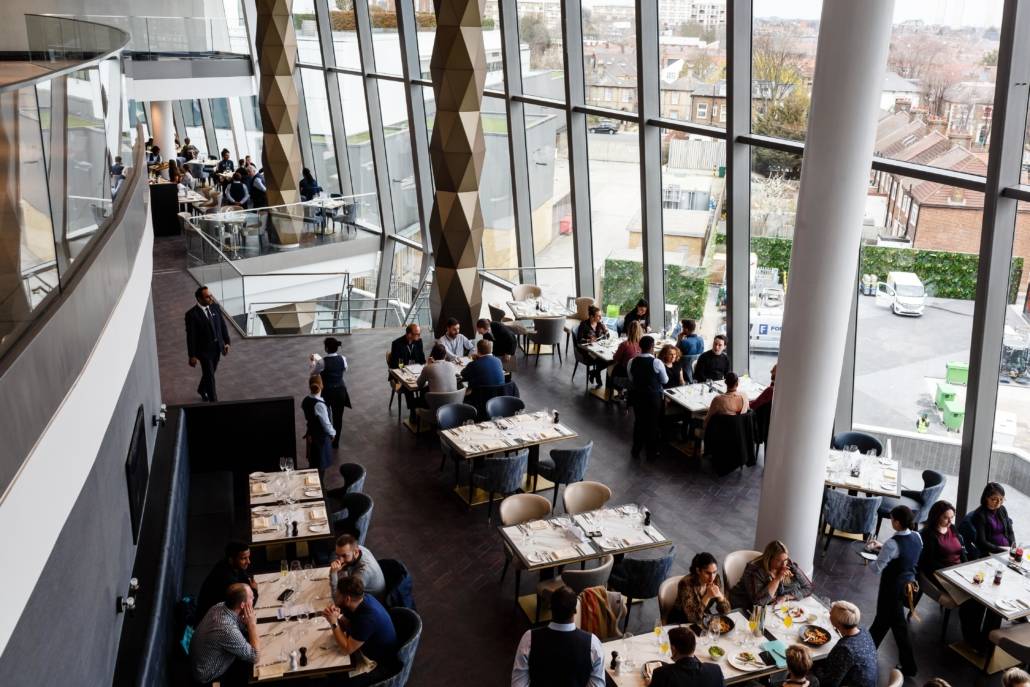 Unfortunately, the Tottenham Hotspur Stadium webcam is no longer active now that the stadium’s construction has been completed. The webcam allowed Spurs fans to keep up to date in real-time on the stadiums progress.

Tottenham Hotspur is now operating tours for the new stadium and can be booked on the Spurs website. The immersive experience takes fans behind the scenes of the best stadium in the world in 90 minutes, and grants fans access to first-team areas. The tour also exposes fans to all of the cutting-edge features in Spurs’ new stadium that cost £1 billion. The tour attracts people from all over the world and is popular with fans of other clubs – not just Spurs fans. You can see the latest pictures of Spurs’ new THFC stadium on our stadium gallery page.

The Tottenham Hotspur stadium cost a staggering £1 billion but does include the construction of other hubs in and around the stadium. It’s the most expensive stadium in England and cost approximately £250 million more to build than Wembley stadium. The stadium was set to cost around £400 million, but this cost soon escalated. Spurs’ new stadium was built as part of the Northumberland Development Project, which also includes 585 new homes, a hotel, a community centre and a Sainsbury’s supermarket which goes some way to explain as to why Spurs’ new stadium cost £1 billion.

Spurs Stadium Tickets and What You Get

Spurs tickets start at £30 for adults for category C games and can range up to £98 for category A games. All tickets provide a fantastic view of the pitch and there isn’t a bad seat in the house at Spurs new stadium. There is a range of food and drink on offer in the stadium including the longest bar in the UK which spans the whole width of the touchline. Tottenham Hotspur Stadium beer pouring is done through revolutionary new ‘fast pour’ technology that fills the cup from the bottom upwards. If you wish to watch the match in VIP style then you can enjoy a Spurs hospitality package with our Travel Club package.

You can now view a virtual seating plan of the stadium which allows you to see the view of the pitch from your seat. Tickets in the famous south stand are usually the most popular with Spurs fans as it’s the largest single-tiered stand in the country and houses 17,500 passionate Spurs fans.

The football pitch at Tottenham Hotspur Stadium is segmented into three pieces and slides away to reveal an NFL pitch as the new Spurs stadium now hosts NFL matches throughout the year. The pitch weighs over 9000 tonnes and is heavier than the Eifel Tower, according to Ingenia. The pitch takes just 25 minutes to retract and the switch between hosting a football event to an NFL event in just four hours.

The transformation is almost complete!

The Tottenham Hotspur new stadium is home to the largest bar in the UK. The bar is 86 meters long and is perfect for grabbing a speedy beer at the Tottenham Hotspur Stadium, also brewed at the stadium’s microbrewery. According to the Daily Mail, revolutionary new ‘fast-pour’ technology means that staff can pour 10,000 pints a minute. The new stadium is also home to a Michelin star restaurant. The The Residency restaurant allows fans the chance to enjoy a fine dining experience and can be booked through us in advance of a fixture. 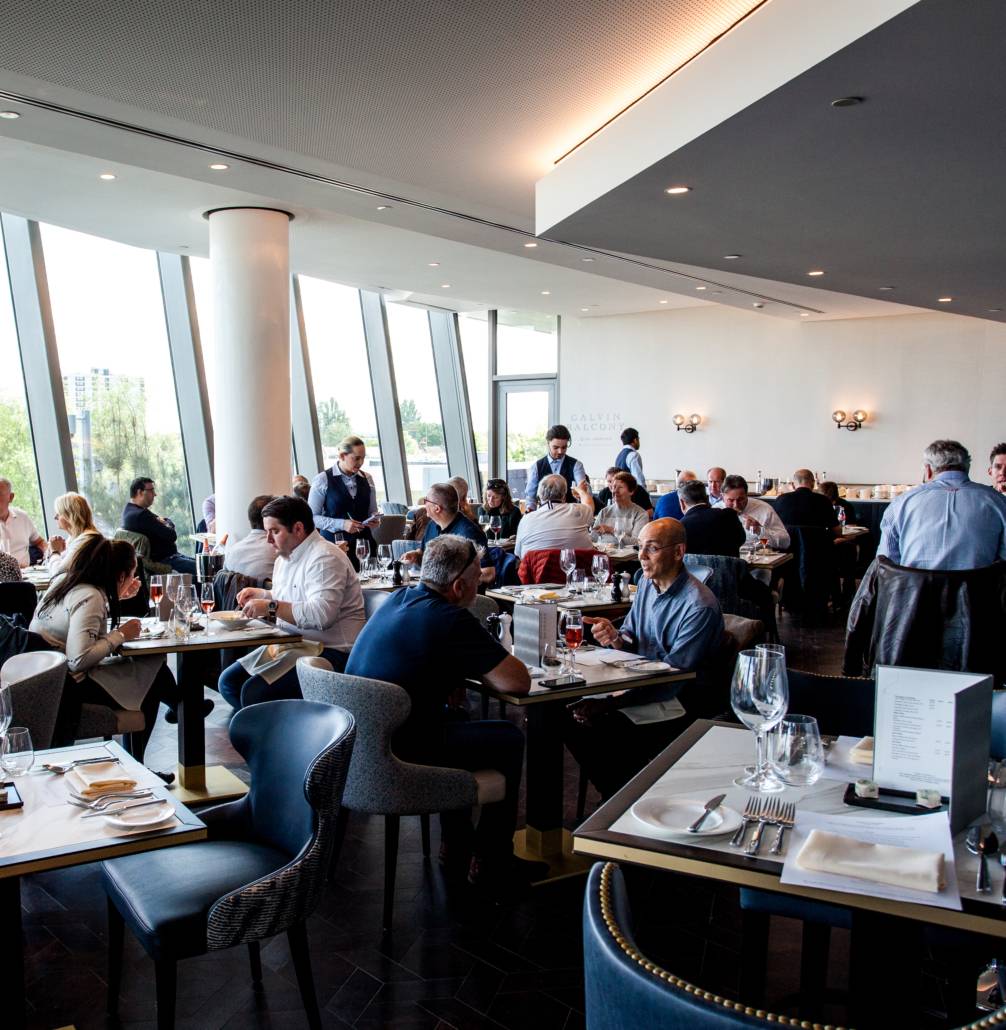 Spurs are set to offer an experience like no other for fans. The Dare Sky Walk is an adrenaline-filled adventure that allows fans to walk across the glass roof of the iconic south stand, taking in the panoramic views of the stadium from 46,8 meters above pitch level before abseiling from the stadium roof. Look out over the state-of-the-art stadium and lookup for 360-degree views of the iconic Tottenham Hotspur Stadium by booking via the official website.

Tottenham Hotspur and the NFL have a ten-year agreement to host at least two NFL games a year as part of the NFL international series. This allows UK fans to watch the NFL stars in the capital city. The former temporary home of Tottenham Hotspur, Wembley Stadium is the only venue in the UK where you can watch NFL, so it’s a significant coup for Spurs.

Our Spurs tickets and hospitality packages are available for all Spurs upcoming home matches at the new Tottenham Hotspur Stadium this 2021/22 Premier League season. To purchase, click on the relevant link below.