Home I Latest Spurs News I When was the last time Spurs won a trophy? 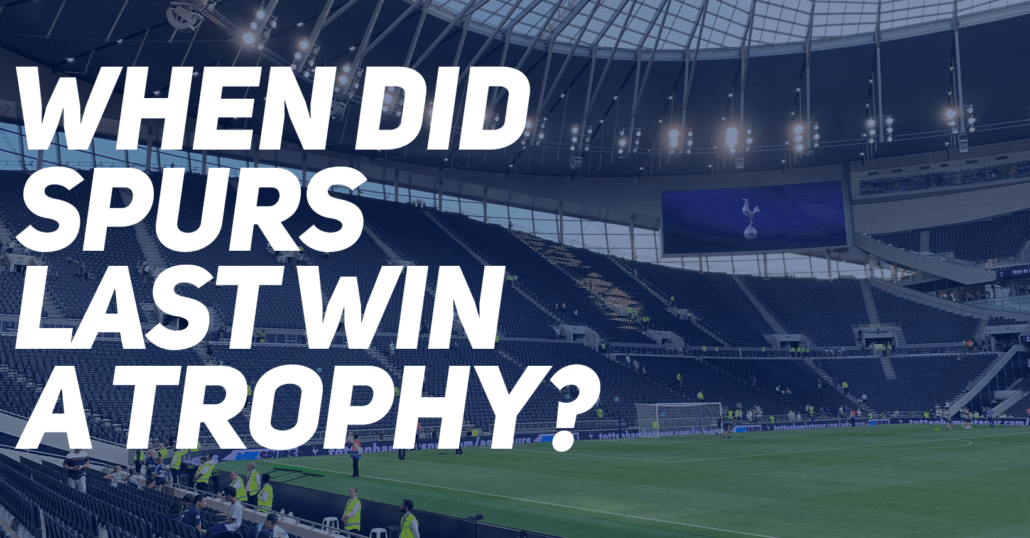 Tottenham Hotspur last won a trophy on 24th February 2008, in a 2-1 victory over Chelsea at Wembley Stadium during the League Cup.

It was the fourth time Tottenham Hotspur had won the League Cup, which was later renamed the Carling Cup, and now the Carabao Cup.

The 2007/08 League Cup final between the two London heavyweights was the first to be played at the new Wembley Stadium and in England after the old Wembley Stadium was demolished in 2000 to make way for the new home of football.

The League Cup was then known as the Carling Cup due to a lucrative sponsorship deal with Carling. It was the first time Spurs had won a trophy since the 1998/99 season when they defeated Leicester City 1-0 in the League Cup final – ending their trophy absence of 9 years. 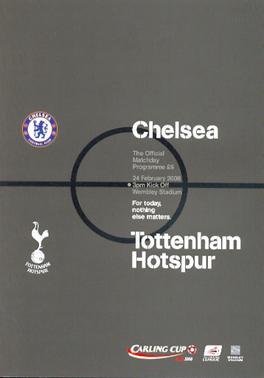 The matchday programme from Chelsea vs Spurs

Spurs overcame the odds to defeat a Chelsea side that, at the time, were a dominant force in English football.

Chelsea scored first in the League Cup Final between Spurs and Chelsea through the talismanic Didier Drogba. His free-kick in the 34th minute meant he was the first player to have scored in 3 League Cup Finals, as reported by The Independent.

Spurs equalised in the 68th minute with a flawless penalty from Dimitar Berbatov, who was awarded the decision after Wayne Bridge handled the ball in the box. The goal saw the League Cup Final run into extra time, and Spurs deservedly hung on to earn the famous win at Wembley Stadium and deny their London rivals back-to-back Carling Cup victories.

Three minutes into extra time, Jermaine Jenas’ free-kick found Jonathan Woodgate, who headed the ball straight onto Petr Cech. The Chelsea goalkeeper attempted to clear the ball with a punch that ricocheted back off Woodgate and into the net for the winning goal!

It was an iconic moment that secured Spurs their first major trophy in 9 years. As Tottenham Hotspur placed 11th in the Premier League that season, winning the League Cup meant they also qualified for the UEFA Cup (now the Europa League) the following season.

Who played for Spurs the last time they won a trophy?

The starting line-up for the Spurs v Chelsea 2007/08 League Cup final was as follows:

The Spurs substitutes for the game were: 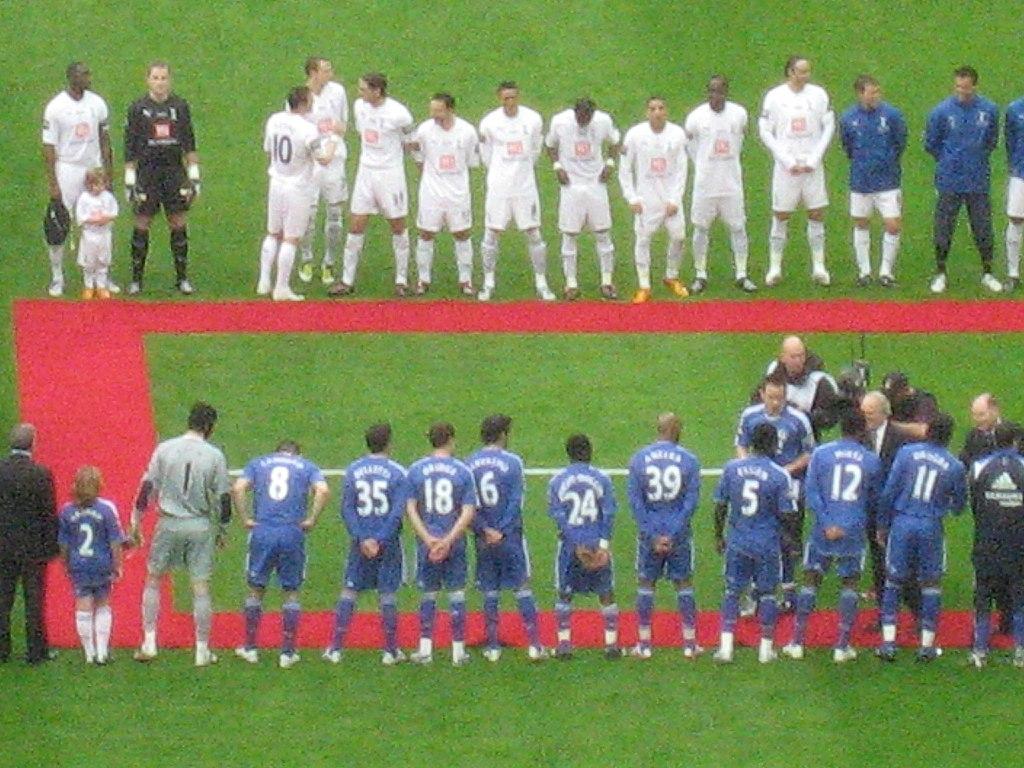 The teams lining up in the Carling Cup Final

Spurs beat Chelsea in the League Cup Final, and the “Road to Wembley” was just as memorable for Tottenham Hotspur fans.

Tottenham defeated Middlesbrough 2-0 in the 3rd round of the League Cup and then Blackpool 2-0 in the 4th round.

Spurs were handed a tougher draw in the 5th round of the Carling Cup against Manchester City. Still, they came out victorious, beating the Citizens 2-0 away from home at the Etihad Stadium.

The semi-finals pitted Spurs against North London rivals, Arsenal, and then-manager Juande Ramos led his Spurs side to victory. While Spurs only managed a 1-1 draw against Arsenal in the first leg of the semi-finals at the Emirates, the second leg will forever be a historic match for the Lilywhites.

Tottenham Hotspur beat Arsenal 5-1 in the second leg of the Carling Cup, and it remains one of Spurs’ most significant wins over their North London rivals to date. Goals from Jermaine Jeans, Robbie Keane, Aaron Lennon, Steed Malbranque and an own goal from Niklas Bendtner sealed a historic win for Spurs in one of the clubs most important games in recent years under the lights at White Hart Lane.

Who was the manager when Spurs won their last trophy?

Juande Ramos was Spurs’ manager the last time they won a trophy. The Spanish manager spent one year at Spurs, winning the League Cup. However, Ramos lost his job not long into the following season after poor Premier League form despite achieving League Cup success the previous season.

He left Spurs in 2008 and returned to his home country to manage Spanish heavyweights Real Madrid.

While they’ve come close to landing a major victory, reaching the UEFA Champions League finals during the 2019/20 season, it’s been almost 15 years since Tottenham Hotspur last won some silverware.

Our Spurs tickets and hospitality packages are available for all Spurs upcoming home matches at the new Tottenham Hotspur Stadium this season.

The Life and Career of Jimmy Greaves
Scroll to top