Home I The Team I Development Squad I 25. Japhet Tanganga 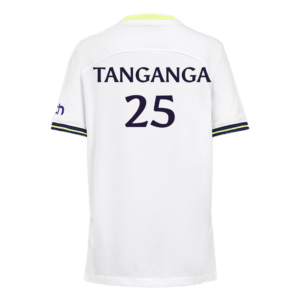 Japhet Tanganga is a promising young centre-back who has been capped 5 times in the England youth squads. He joined Tottenham Hotspur’s development squad in July 2015.

After finding himself a regular feature in the Spurs Under-16 squad, he moved up the age groups to represent the U18s 5 times in total during the 2014-15 campaign. He clinched the MVP title at the South Kore Cup in the same year. 2015-16 saw Tanganga a regular starter in the U18 Spurs side, however, he took progression in his stride as he made his U21 debut in against FC Schalke 04 in an international cup in November.

Japhet has been noted for his ability to leap high – always a useful trait to possess in the centre-back role as it means you stand a fair chance scoring from a corner. That’s exactly what Tanganga did during the 2016-17 campaigns. He found the net 3 times in the FA Youth Cup and scored twice in his 17 appearances in the league. As well as lifting the IMG Cup in 2016, Tanganga was again put to test in older-age Spurs squads, where he made 4 appearances in the U19 UEFA Youth League and 5 for the U23s in the Premier League 2.

Japhet Tanganga has represented England at the U16, U17, and U18 levels, and has recently been part of the winning U20 England Squad that took home the trophy at the Toulon Tournament in the summer of 2017.