Sections of the pitch were tested throughout the course of last weekend – and the base of the pitch resembled a huge tray that slid from underneath the south stand, across the inner bowl before returning back to its under-stand garage.

The whole pitch will be made up of three of these ‘tray’ sections with the other sections to be tested at a later date. Tottenham Hotspur Football Club has stated that the three-part pitch, when completed, will take around 25 minutes to fully slide into position before its ready for gameplay.  The manufactures, and installers, of the pitch, have assured that the points at which the sections will join up will be entirely seamless, simply forming one unified grass surface.

The hydraulic sides make up the second part of the retractable pitch system. These mechanised hydraulics weigh approximately 480 tonnes and are located around the exterior of the pitch. Their primary function is to raise the touchlines so that the perimeter of the pitch can be at the same height as the retractable surface. Otherwise, it would appear that the players would be elevated on some sort of show block.

Nick Cooper, who is Head of Moving Structures at Spurs new stadium explained that,

“The hydraulic sides are enormous, a 120-metre truss that runs the full length of the pitch and it all moves up and raises together. In one side, there are eight moving brides all operating concurrently”

The system constitutes a complex string of machinery, it is no wonder that the club, the engineers and all involved with this project are chuffed with the result of their test.

Although the club have yet to set an official date for the grand opening of the stadium, they have said that Spurs will be playing in their glorious new home next season. Tottenham Hotspur fans across the country will be seeking the chance to watch their beloved Lilywhites in their new stadium for the first time during the 2018/19 campaign.

This landmark season will represent a new stamp in the history of Tottenham Hotspur, these games will be special and unique for manager, player, and of course spectator. So why not enjoy this moment with the luxurious benefits of a hospitality package?

Eventmasters Travel are proud to be named official hospitality resellers of premium seats at Spurs New Stadium. These packages will afford each Tottenham Hotspur fan a leather padded seat in the East Stand, complimentary food and a beverage at halftime, the opportunity to meet Spurs legends, access to VIP bars and areas and a matchday programme. That’s not all, the cost of travel to and from the stadium is also covered by this package – great for travelling Spurs fans.

Do not miss this momentous season and book your favourite Spurs tickets and hospitality. 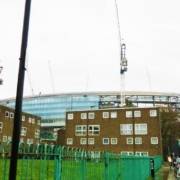 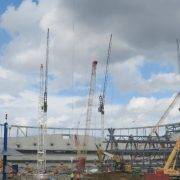 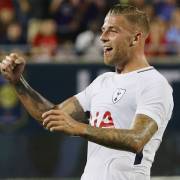 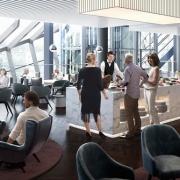 Pochettino To Remain at the Club
Scroll to top