The Tottenham Hotspur history begins in 1882, when the club was originally formed to be Hotspur FC. Formerly, this fascinating and famous club was founded by a group of young boys that attended either the local grammar school or were members of the Hotspur Cricket Club. The club’s name then changed in 1884 to what it is today, the one we know and love: Tottenham Hotspur FC.

The newly formed side played their first competitive match as Tottenham Hotspur FC in 1885, against St. Albans, leaving Spurs the victors in a thrilling 5-2 win. It was in the year of 1898 when the club officially became a limited company. Tottenham Hotspur the business – the brand – was born. In the same year, the club attracted a record-breaking crowd of 14,000 fans for a clash with local outfit Woolwich Arsenal. The year after, 1899, was also a landmark year for the club for one very significant reason… White Hart Lane. Yes, the first competitive match was played against Notts County in a stadium that could hold over 35,000 supporters. 118 years later, we wave goodbye to a ground so dear in the heart of every Spur and replace it with a bigger, better, and more modern home for Tottenham Hotspur.

Tottenham Hotspur History really kicked off when they celebrated their first taste of success in 1900 and were named champions of the Southern League; 1901 bought the club its first FA Cup trophy. This feat is particularly exceptional as Tottenham became the only non-league club to have done this since the conception of the Football League! They won the trophy again in 1921, beating Wolverhampton 1-0.

The next landmark period for the club began in the 1950s and peaked during the 60’s; this epoch has warmly been dubbed the ‘glory years’ by the fans due to its share of Tottenham Hotspur trophies. Spurs became champions of the Football League for the first time in 1951. Exactly a decade later, under the management of Bill Nicholson, Spurs set another record as they became the first team of the 20th century to ‘do the double’ winning both the FA Cup and championing the Football League. The 60s really were the sweet times for Spurs. In ’62 they won the FA Cup again; and in 1963, Tottenham Hotspur bought the European Cup-Winner’s Cup to the Lane! Making history once again, this made them the first British side to win a major European trophy. Between 1967 and 1973 Spurs experienced their 5th FA Cup Win, two League Cup wins, and had even more success in Europe winning the inaugural UEFA Cup.

So often in a club’s history, a boom is followed by a bust, and when the coveted Nicholson stepped down as manager in 1974 Spurs experienced a decline in their glistening league and cup performances. 1977 marked their relegation to the Second Division of the Football League. After automatic promotion the following year, Spurs were back to winning ways, taking home the FA Cup for two consecutive years in ’81 and ’82. The 80s saw large developments being made to White Hart Lane; they opened up a new West stand and refurbished the East. After completing developments on the North and South Stands in the 1990s, the Lane could host 36,257 supporters. This was a decade of modernisation, Alan Sugar took over as chairman of the club and Spurs became the first football club to be floated on the London Stock Exchange.

Spurs have been in the Premier League since its inception in 1992 and have never been relegated. The turn of the century saw Daniel Levy replace Sugar as chairman of the club, and a host of new managers that helped Spurs establish themselves within the dynamic Premier League. Glen Hoddle and David Pleat both held the manager role before Martin Jol replaced Jacques Santini in 2004. Tottenham Hotspur had a European resurgence during the latter half of the noughties under Harry Redknapp, Villas-Boas and Tim Sherwood with appearances in both the Champions and Europa League competitions. The most notable Champions League campaign was in 2010-11 where Spurs reached the quarter-finals inspired by Gareth Bale, who taunted Inter Milan in the group stages.

However, a new era has been birthed under current manager Mauricio Pochettino, who has continuously looked to promote youth players to the first team with the likes of Dele Alli, Harry Kane, and Eric Dier becoming key players for Spurs. In the 2016-17 campaign, Spurs finished 2nd with their highest ever points tally in the Premier League and remained unbeaten at White Hart Lane in their final season playing there. With the introduction of the Tottenham Hotspur stadium, Pochettino could lead Spurs into a newer, greater, era of club football, to contribute to the already impressive history of Tottenham Hotspur Football Club. 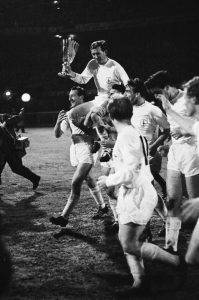 All good things must come to an end. White Hart Lane has been a faithful hotspot for the vast majority of Tottenham Hotspur’s successes and will be sorely missed by the entire Spurs faithful. There were more than a few Tottenham Hotspur trophies won at the Lane. 2017 marked the last of 118 years of gameplay and what a year to go out; Spurs remained undefeated at the Lane during the 2017-18 Premier League campaign – giving the ground the farewell it truly deserved.

The Lane was first written into the Tottenham Hotspur history in 1899. White Hart Lane was initially the disused site of a nursery owned by the Charrington brewery. Tottenham Hotspur decided to rent the land-space from the brewery and transformed it, with the help of local groundsman John Over, into a stadium that could hold roughly 5,000 spectators. White Hart Lane was host to its first ever football match on August 7th, 1899: an annual military tournament played in front of a crowd of 5,000. The official opening of the stadium was the match between Spurs and Notts County when Tottenham won 4-1. This was bookended on the 14th May 2017 with a 2-1 Spurs win over Manchester United.

Within 5 years of residency at the Lane, the ground boasted: the main stand of 500 seats, roofed accommodation for approximately 12,000 supporters, and a sizeable total capacity of 32,000. In 1905, shares were collected to purchase the lease of the stadium in order to suitably fill the ambitions of the club. At the end of the 1909-10 season, the famous copper cockerel that overlooked the stadium was erected on the roof of the touchline stand. Interestingly, White Hart Lane was commandeered by the Ministry of Defence during the First World War and was used as a makeshift factory to manufacture gunnery and protection equipment.

Over the course of the 20th century, the stadium saw transformations to every stand. In 1934, the East Stand was redesigned which meant that the ground could accommodate 80,000 spectators in total. Floodlights were introduced in 1953 and updated in 1972. In 1980, the West stand was dismantled and replaced with the structure that lasted up until the Lane’s last days. Between 1989 and 1996, alterations were made to all stands to help produce the safe, modern, White Hart Lane of the nineties and noughties; executive lounges and boxes were designed and introduced, as were the restaurants on the third and fourth levels. 2006 saw the last seat configurations which made the final capacity of the stadium 36,284.

As Tottenham Hotspur had a season ticket waiting list of 58,000, Chairman Daniel Levy commissioned the construction of a new stadium to replace White Hart Lane. The new stadium has a capacity of 62,062 and houses the largest single-tier stand in the UK, where 17,500 Spurs fan create a deafening wall of noise in the South Stand.

The pitch retracts under the stadium and can be replaced by an NFL pitch all within 25 minutes.

The stadium has 65 food outlets around the ground, including four feature bars. Facilities in the concourses mean that 10,000 beers can be served in just under a minute – perfect for the thirsty needs of football fans. Not to mention the on-site microbrewery.

Tottenham Hotspur’s new home is one of the most technologically advanced stadiums in the world and has to be experienced by any football fan. 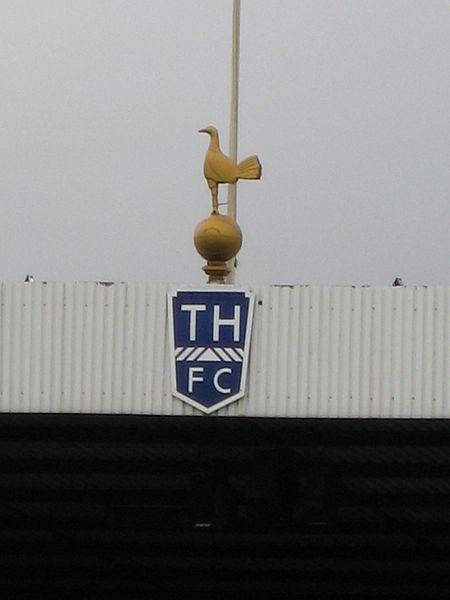