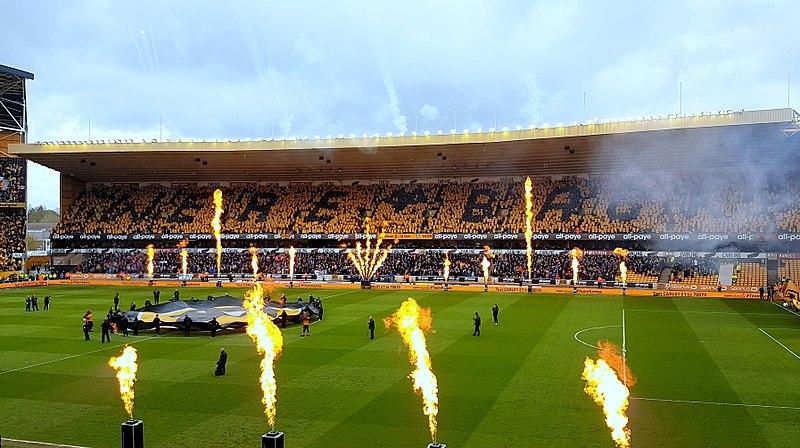 Spurs take on an in form Wolves side this Sunday at Molineux as they look to get back to winning ways after suffering a defeat in Munich in midweek. We spoke to Matt from Talking Wolves who gave us the low down on Wolves.

Wolves are having a terrific season. Nuno Espirito Santo’s men are back in Europe after a forty-year absence and are managing to find a balance between the Europa League and the Premier League – something a lot of teams experiencing Europe for the first time in a while don’t manage to do.

Wolves are unbeaten in their last eleven league games and only Liverpool have a longer unbeaten run in the Premier League. Although a lot of those results have been draws, Wolves have had some impressive scalps already this season including a 2-0 win away to the Premier League champions Manchester City. When Spurs v Wolves happened last season, Wolves came from a goal down to come back and win the game 3-1 causing one of the shocks of the season in the process.

The Old Gold and Black have switched from a 3-5-2 back to a 3-4-3 after an indifferent start to the season. Men such as Joao Moutinho and Ruben Neves are instrumental to how they play and arguably up there with the best midfield two in the league. Defensively resolute, Wolves have become so hard to beat and are extremely well regimented largely down to the organisational qualities of skipper Connor Coady who really marshals the team from his sweeper position.

Going forward, Wolves are lethal. The galvanisation of the enigmatic Adama Traore has given Wolves another dimension. Adama has always been criticised for his lack of end product but with a full pre season under his belt under the coaching of Nuno, Adama Traore is now one of the most lethal wingers in the league. Without doubt, he’s the quickest player in world football and now he’s added end product to his game. 10 assists and 3 goals already for the Spaniard in all competitions – an incredible turnaround on his dismal form of last season. Whoever Jose Mourinho decides to play at left back is in for a long afternoon is Adama can recreate some of the performances he’s turned in this season.

Then of course, you have to worry about Raul Jimenez and Diogo Jota. No striker in Europe has more goal contributions (goals and assists) in all competitions this calendar year than Raul Jimenez. Having made the switch over from Benfica where he struggled to get game time he now looks like a different player entirely. The goals have flowed for the Mexican ever since his arrival at Molineux. Spurs will have a job on to keep him quiet. Diogo Jota is back amongst the goals now too having struggled for form this season. It took him until the Christmas period to burst into life last season and it looks as if that’s the case again this season. He was arguably Wolves’ best player in the second half of the season and now has 5 goals in 2 games for Wolves after netting an 11-minute hat-trick against Besiktas on Thursday.

How do Spurs beat Wolves?

As previously eluded to, Wolves are very hard to beat but they are beatable. If Spurs are to win this game then they need to flood the midfield with bodies. Wolves struggle playing against sides who pack out the midfield unless they switch back to a 3-5-2 but that then nullifies the threat of Adama Traore. The lack of legs in Wolves’ midfield is a problem but their tactical nouse makes up for it.

Spurs should look to press the back three and stop the distribution out from them whilst also attacking down the right-hand side where Matt Doherty is weak. He’s tremendous going forward but is left a bit wanting when it comes to his defensive part of the game.

Spurs v Wolves tickets are available through our website for the reverse fixture in February. You can buy tickets here.

Spurs vs Chelsea: Down The Years
Scroll to top