A ruthless Spurs made it five league wins in a row and scored their 11th goal in four days to move above City, after the reigning champions were beaten at Leicester.

Spurs made it five Premier League wins in a row with an emphatic 5-0 victory over Bournemouth which saw them go above Manchester City in the Premier League table after the holders were beaten at Leicester.

Mauricio Pochettino’s side are still six points behind Liverpool who have two tough matches against Arsenal and Manchester City next.
Kyle Walker-Peters was the star man for Spurs at right back on his first Premier League start of the season. The twenty-one year old created the three first half goals for Spurs, the first of which was a lay off to Christian Eriksen who scored for the second match running with a deflected effort.

However it could have been a lot different for Spurs had Ryan Fraser converted a header and David Brooks had got better contact on a shot after being put through one-on-one with Hugo Lloris moments before Eriksen’s goal.

But Spurs made Bournemouth rue those missed chances with three goals in twenty-two minutes. Walker-Peters assisted the second, a smart finish from Heung-min Son from the edge of the area, as well as the third Spurs goal which was a tidy finish from Lucas Moura.

Harry Kane scored the fourth for Spurs after an incisive pass from Christian Eriksen allowed him to volley home. Then Son picked up his second after coming better off in the aftermath of a goalmouth scramble after seventy minutes.

Spurs have made a fantastic start to the Premier League season and have just one more game left in 2018 at home to Wolves. The win against Bournemouth was their twelfth in fourteen matches in all competitions and confirmed that they are very much in the title race.

It’s been less than a month since they were beaten by rivals Arsenal in the league, but since then they have reached the Carabao Cup semi-finals, the last sixteen of the Champions League and look set to offer a genuine challenge to Liverpool and Manchester City for the Premier League title. 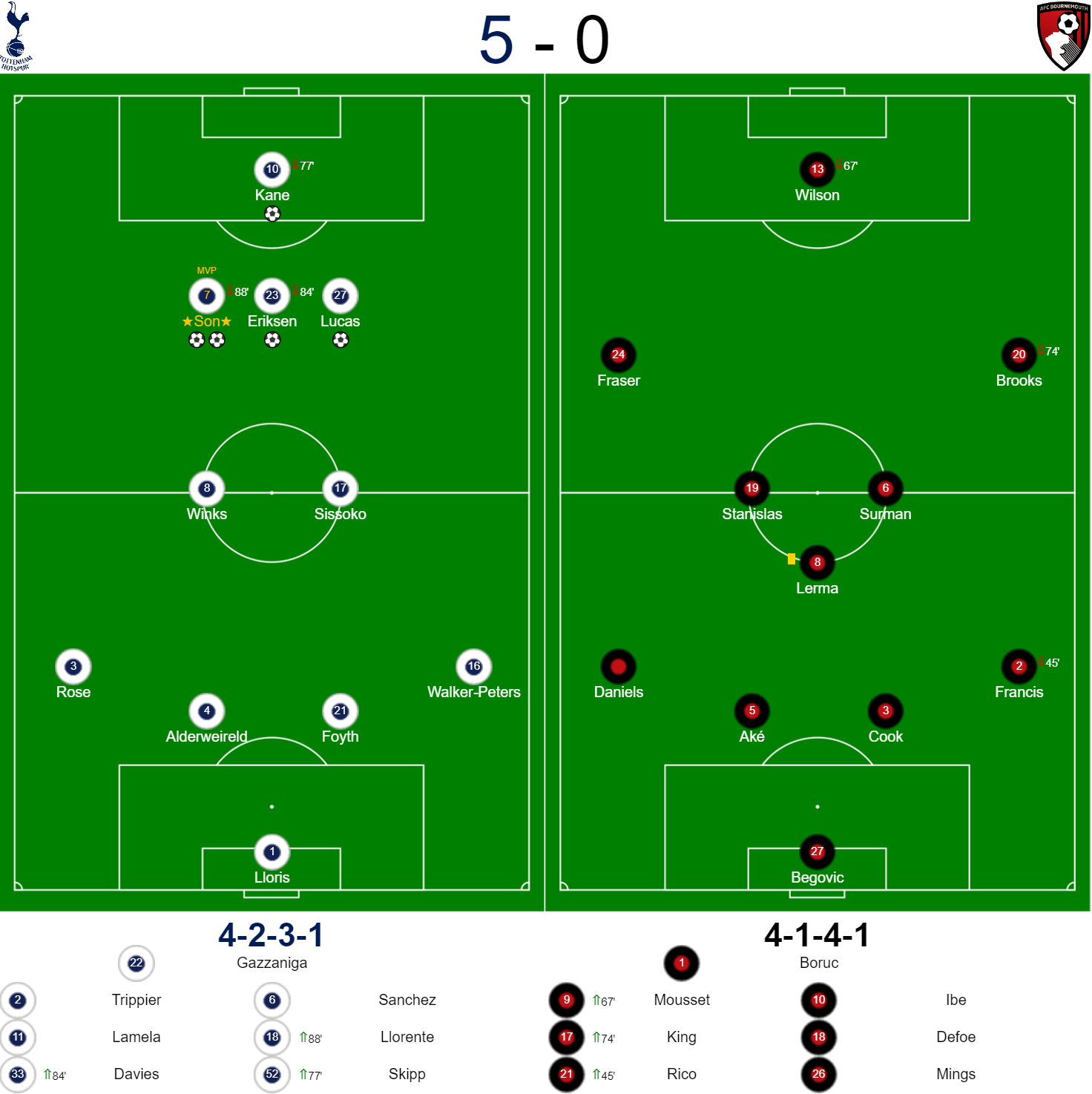