After a month away from action, the Spurs Ladies have unfortunately lost twice within a week since returning to the pitch. Brighton and Hove Albion got the better of the Spurs Ladies two goals to nil at Culver Road.

Brighton started the match coming off the back of a 4-1 win against Sheffield, whereas Tottenham Hotspur had suffered a 3-0 loss to undefeated table-toppers Doncaster Belles.

Brighton were brimming with confidence and had the chance to take the lead within the first five minutes of gameplay. Ini Umotong capitalised on the sluggish Spurs defending; keeper Chloe Morgan was out of position, however, Umotong shot her effort over the crossbar.

Not long after, Brighton applied pressure high up the pitch and saw Legg’s shot from afar come off the top of the bar. The Spurs Ladies then registered a shot of their own when Bianca Baptiste executed a wonderful shot from a tight angle that ricocheted off the woodwork.

The Seagulls were dominant throughout much of the first half, with Chloe Morgan maintaining the deadlock against efforts from Legg, Buet, and Whealan. However, Brighton secured the first goal of the game in the 44th minute. Peplow curled a splendid freekick past Morgan and it was a shot that would have beaten any keeper. The time of the goal was unfortunate for Spurs as the game might have been different if they just held on until the halftime whistle.

📰 A frustrating day at Culver Road saw us leave Brighton without any fortune – https://t.co/HjKtGpgt9g pic.twitter.com/TOX5CtRnDi

Brighton looked strong as the second half got underway, but the efforts of Morgan and Ashleigh Neville remained tight to deny the Seagulls the immediate opportunity to double their lead. Coral-Jade Haine’s was presented with an opportunity to equalise, but her dipping effort was narrowly tipped over the crossbar. Jenna Schillaci had the opportunity to do some damage for Tottenham Hotspur, but she squandered her chance sending the effort straight into the hands of the Brighton keeper.

Baptise then had the ball in the back of the net for the Spurs Ladies after beating the Seagull keeper in a one-on-one. Much to Tottenham’s demise, Baptise was ruled offside and the goal was disallowed. In a mist of misfortune for Spurs, they were denied with an off the line clearance. Spurs sub Andreya Ezekiel-Meade had poked the ball behind the Brighton keeper, but the equaliser was simply not to be.

Brighton then put their victory beyond doubt with a soul-crushing second goal in stoppage time. With Spurs yearning for the equaliser, so much that their defence lost structure, Nilden was able to find space a and slot away Umotong’s cross for the second. It’s a fourth consecutive victory for the Seagulls who are oozing confidence on the pitch. It’s unfortunate for Spurs, who have lost, but not through a lack of trying. Well done Ladies you’ve done yourselves proud in a tricky game on the road. 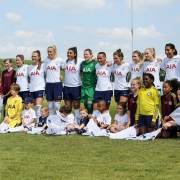 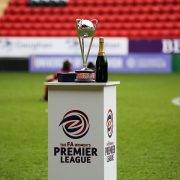 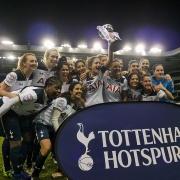 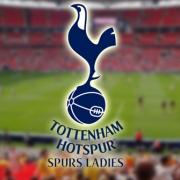 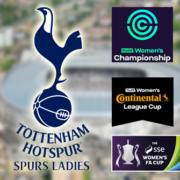 Harry Kane: What feeds this Lion?